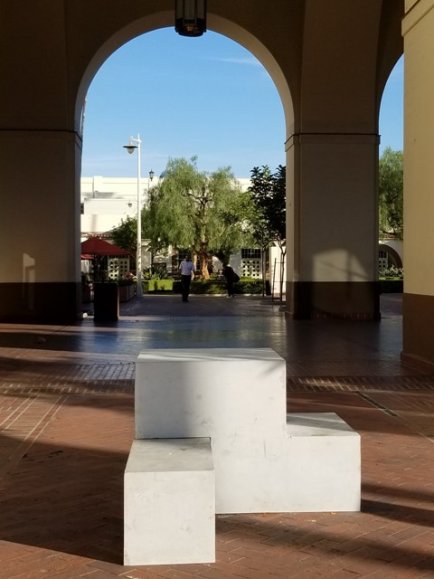 Fully assembled, Sense of Place consists of an eight-foot square cube sculpture comprised of 40 unique concrete forms. Initially installed in West Hollywood Park in September 2017, the modular pieces of Sense of Place transition into temporary locations for a period of two to six months through May 2018. LAND and Dàvila will situate five of these forms at Union Station for two months beginning on January 10, 2018 promoting interaction with the public, who will ultimately decide on the final function of the artwork.

Internationally acclaimed Mexican artist, Jose Dàvila, creates sculptures, installations, collages, and photographic works that use reproduction, homage, and imitation as a means to explore and dismantle the legacies of twentieth century avant-garde art and architecture. Sense of Place is his largest public undertaking to date and his first major exhibition in Los Angeles. Sense of Place is part of the Getty’s region-wide initiative Pacific Standard Time: LA/LA.